How is the groundwater system performing?

Rebalancing the system means we can continue to have groundwater for communities, industry and the environment in a drying climate.

In 2016–17 water levels at 16 out of 30 representative wetland and vegetation sites were lower than the criteria levels set by the Minister for the Environment to protect the groundwater system and dependent ecosystems. A system out of balance also puts water quality at risk in some locations. Enough groundwater needs to flow out to the river and coast to prevent saltwater intrusion into aquifers. Saline water has already moved inland in the Superficial aquifer in some places. If we act together to rebalance the system, we can adjust to changes in rainfall, increase water security and reduce adverse impacts on water users and the environment.

Rebalancing the groundwater system would help recover wetlands that have dried up because of declining groundwater levels, such as Loch McNess, near Yanchep. 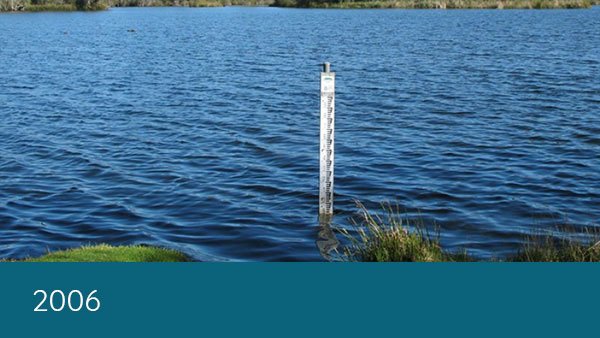 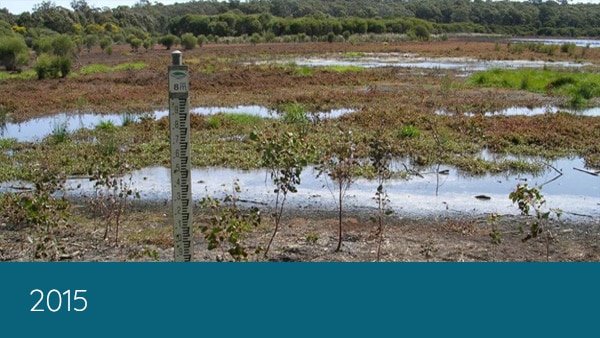 The Gnangara Mound is the common name for the Superficial aquifer located north of Perth. The watertable in the aquifer forms a groundwater mound, where rainwater recharges groundwater at a higher rate than water flows horizontally through the aquifer.

Groundwater levels across the Gnangara Mound have generally been in decline for the last 40 years because of decreasing rainfall, continued use of groundwater for a range of important uses, and pine plantations limiting recharge. In some areas, the rate of groundwater level decline has slowed and stabilised since 2011 (see graph below). This is a positive response to the department’s actions to reduce and redistribute groundwater abstraction and reflects more consistent rainfall since the very low rainfall in the latter half of the last decade (2006 and 2010 were record dry years).

The graph below is based on monthly water level measurements at 43 monitoring bores across the Gnangara Mound. For each bore we compare these monthly measurements to the highest recorded groundwater water level. We then average the results to show relative changes in groundwater levels over time. Bores for the graph were selected from our existing monitoring network on the Gnangara Mound, with a minimum of ten years of data. 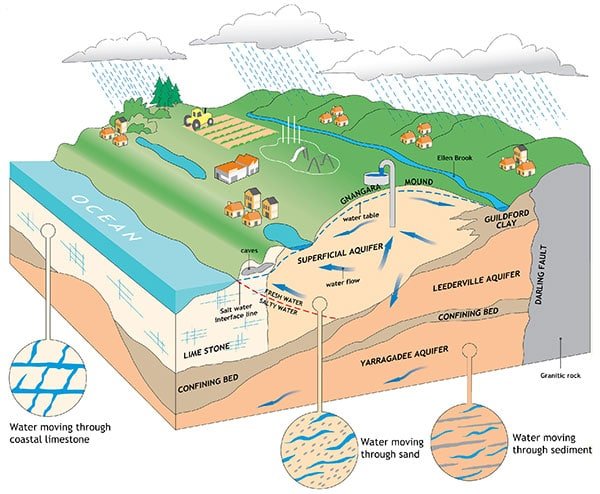